Posted at 11:21h in Family, Life by robynwilkerson

One year, around Thanksgiving, my husband got an invitation to the White House Christmas party in the mail. It may be a bit of an understatement to say I was a little excited! Rich had been to the White House and had met other presidents, but this was my first time. I immediately started planning. Plane tickets, hotel, a new outfit, I was going to meet the President and the First Lady!

Not long before we were supposed to leave for Washington, Rich started to suffer from back pain. He ended up in the hospital and couldn’t make the trip. Let the DRAMA begin! The invitation was in Rich’s name. I was the unnamed “And Guest.” On the bottom of the invitation, written very clearly, it stated “Non-Transferable.”

I really wanted to go, but my name was not on the invitation. My sister, Kathie, came to the rescue. She emailed and explained my situation to the President’s team. She told them I wanted to come anyway … in fact, could I bring along my son, Rich, Jr.? He has the same name, after all! They sent back an email saying there was no problem, but we didn’t get a new invitation with the new name. Time was ticking, and we couldn’t decide. I had not been invited, Rich Sr. was the name on the invitation, would we get in?

When Rich Jr. and I arrived at the White House, we handed our invitation and ID to the guard at the gate. He looked at them, at his list, and let us in! I was able to walk through that gate under my husband’s authority. (I walked quickly in case the guard changed his mind.) I was covered with authority—covered with his name, with his credibility, because of his works, efforts, and accomplishment we were covered. To think we almost missed the best Christmas party ever because I wasn’t sure I was covered. 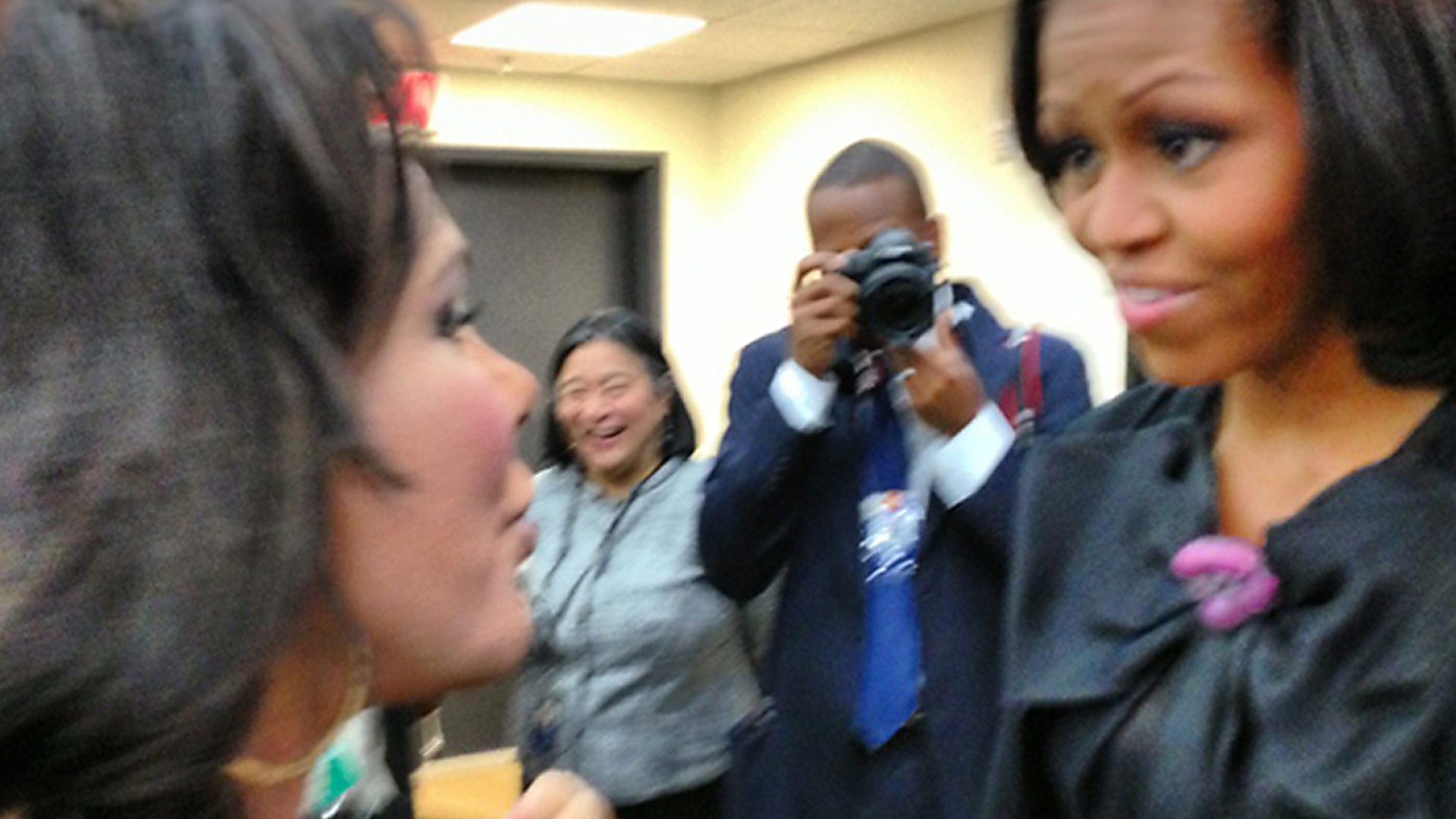 My experience at the White House reminds me of a story in the New Testament. This is a story written 2,000 years ago, but it has truth for my life today. The story I’m referring to appears in Luke 7:1-10. A centurion’s servant, valued highly (cared about) by his master, was sick and about to die. The centurion heard of Jesus and sent some elders to him, asking him to come and heal his servant. So Jesus went with them. The centurion had such faith in healing because he had faith in Jesus.

The centurion’s entire understanding of life was built on authority. He was covered with authority. The centurion recognized authority when he saw it, and he had faith in Jesus’ authority.

Lord, don’t trouble yourself, for I do not deserve to have you come under my roof. That is why I did not even consider myself worthy to come to you. But say the word, and my servant will be healed. For I myself am a man under authority, with soldiers under me… (Luke 7:6-8)

I am covered every moment of every day when I can’t figure out what to do and when I am overwhelmed.

God sent us an invitation to the greatest party ever! The invitation comes through His Son Jesus. The question is whose authority is covering us? Are we resting in what image we have, or status, or family, or past performance? Is our faith amazing Jesus? WE ARE COVERED. It takes faith, but we have an invitation to attend the most amazing party ever!

I AM A COVERGIRL!