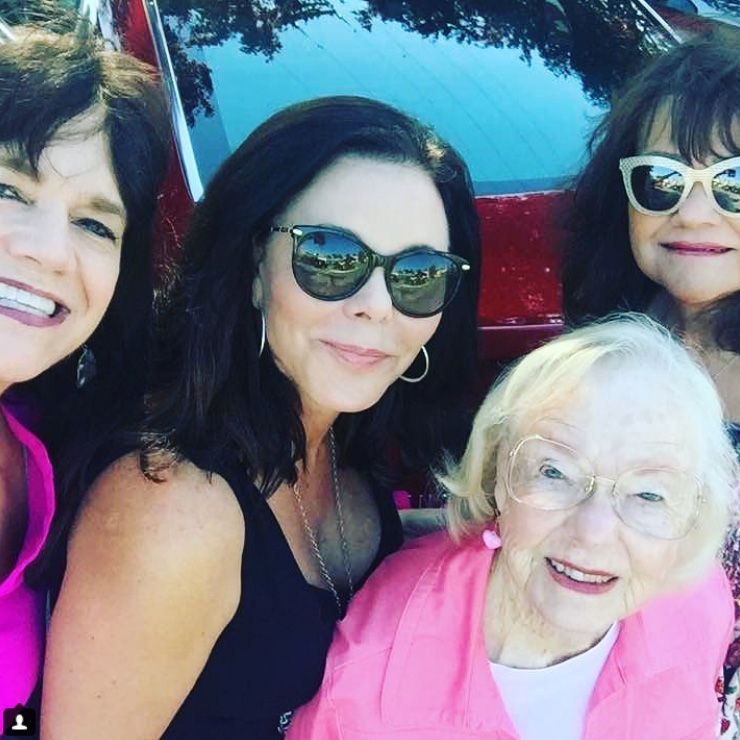 Posted at 18:04h in Ministry by Robyn

To the incredible women in my world:

I have been thinking a lot about the role of women lately. I look around me at the amazing women in my life, and I am in awe. They are businesswomen, mothers, wives, sisters, preachers, counselors, nurses, doctors, philanthropists, prayer warriors, bankers, administrative professionals, artists, and so much more.

And every woman I know functions in multiple roles in her life – all at the same time!

That takes an incredible amount of energy and passion, and it can wear us down. Especially when we sometimes have to work against established ideas about our gender roles.

This year already, more than 5 million women have gathered worldwide to march, speak, and make their voices heard about the importance of equal rights and recognition for women. March 8 was International Women’s Day, set aside to honor the value and leadership women bring to every aspect of our world—the marketplace, our homes, our churches, our government, our whole communities. Plus, I always look forward to honoring that especially treasured, permanent role of motherhood by honoring our moms every year on Mother’s Day.

Yes, the world appears eager now to celebrate our womanhood, and I agree!

However, what astonishes me is the battle women still have to fight every day to prove they have a capacity and the calling to be in leadership, that they are worthy of equal pay for equal responsibilities, and that sexual objectification is harmful to everyone. I talk to so many women who’s hearts have been broken by these issues.

[bctt tweet=”Here is what I KNOW: God loves women and men equally.” username=”robynwilkerson”]

God is not biased for men over women. Throughout history, women have been denied their equal rights and freedoms. This viewpoint of different status between men and women in God’s economy has often rested on misinterpretations of the Bible.

Although early Christians initially embraced the cause of gender equality and reunification through Christ, this cause was abandoned as the growing Christian church confronted the political and sociological challenges associated with its expanding influence. Even today churches usually fail to return to the God-ordained principle of gender neutrality through spiritual unity in Christ. What we need to remember is, “There is neither Jew nor Greek, there is neither slave nor free, there is no male and female, for you are all one in Christ Jesus” (Gal. 3:28, ESV).

Every Woman Is Called

I firmly believe every woman (yes that means you) is called to minister.

Even if you do not consider yourself a leader, you directly impact those around you. Your words influence your neighbors, your family, your friends, and co-workers, and even those you casually interact with on a daily basis. Guess what, my friend, that makes you a leader!

Jesus consistently celebrated women as leaders. In his Gospel, Luke tells of twenty-four times when Jesus met a woman, talked about a woman, or mentioned a woman in a parable. Each and every one of these occasions was positive and affirming for the women.

Jesus never turned a woman away. In fact, He had women included in His group of followers. Even though at that time in history it was unthinkable, and another rabbi would not have included women in his group of disciples, Jesus set the Godly pattern for the Church. He was accepting, affirming, and empowering of the gifts, leadership and service offered to Him by every woman who received his message.

Jesus was always compassionate and caring to the women, even when society shunned them or wanted them dead. He was not afraid to let them know He valued their intelligence and abilities. He even healed a woman on the Sabbath. She had been crippled for 18 years and he laid His hands on her in the Temple, saying, “Woman, you are set free of your infirmity” (Luke 13:12). Jesus, our model for leadership, showed everyone around Him that women are worthy of God’s love and care.

I received my call to ministry at the age of 12. This was in the 1960s when most women had a primary goal of becoming a wife and mother. While both of those have been vital, shaping elements in my life, they have never stopped me from following my call. When I wasn’t ministering to those in a church, I was ministering to my boys, who have all become involved in their own ministries. I have been proud to support and stand alongside my husband as he has ministered, and as we have built ministries together. None of those things makes me less of a leader, less of a minister.

You are a leader too! You have a ministry in your life, even if you haven’t found it yet. God has given you a specific call, and now is the time to grab hold and move forward! “He has saved us and called us to a holy life—not because of anything we have done but because of his own purpose and grace. This grace was given us in Christ Jesus before the beginning of time” (2 Tim. 1:9).

Empowering women is God’s call on my life. I want every young woman to know her value. Not her value in society … her value in God’s eyes. Her value in leadership. Her value as she ministers to those around her. Because together we can change the world, one thought, one decision, one life at a time.

So are you going to step out today? Grab hold of your call with both hands and get ready to hold on. [bctt tweet=”Celebrate your womanhood! God is going to do amazing things in your life!!” username=”robynwilkerson”]